Duluth, GA – Today Lynne Homrich, a former Home Depot executive, successful small business owner, nonprofit founder, mother of four and 30 year resident of the Atlanta area, announced her candidacy for Congress as a Republican in Georgia’s 7th District to replace Congressman Rob Woodall, who is not running for re-election:

“As a businesswoman and mother of four, I’m aware of the issues facing families and know how to get things done for them.  Liberals in Washington do not speak for women and they do not speak for me.  I’ve worked to give back to this community by founding a non-profit promoting young women in leadership—and that’s something missing in the Republican Party today,” Homrich said.  “I’m called to lead by example.  This country and the Atlanta area have provided incredible opportunity to me and my family, and I am stepping up to ensure everyone has the same opportunities that I have had to succeed.  I will fight to protect the values and principles that have made this country the greatest in the world and bring the perspective of an outsider, a businesswoman and a mom to solve problems and get things done where the career politicians have failed. 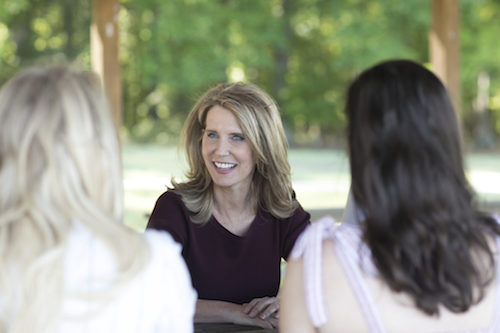 “Washington isn’t working for us; it’s working for the politicians.  I’m going to go to Washington and help President Trump drain the swamp, unleash the American economy and stop liberal extremism from ruining our way of life,” Homrich added. “I will work to strengthen and grow our economy, fix our infrastructure, reduce our health care costs and make sure every child has the opportunity to receive a great education”

Lynne Homrich worked as an executive in human resources at Home Depot.  Homrich also founded the She’s a 10, a nonprofit dedicated to building confidence and character in young women and preparing them for leadership roles.  Lynne and her husband David have lived in the Atlanta area for 30 years and have raised their four children there.

Visit www.LynneHomrich.com to learn more about Lynne and her campaign to bring real world experience and common sense to Washington.